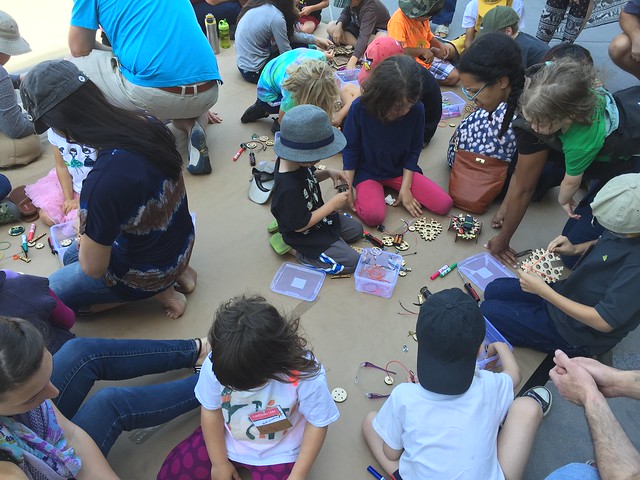 Daddy agreed to stay home with R during R’s afternoon nap so I could take S to a Tinkerthon with some folks from a homeschooling group. Tinkering Labs (not to be confused with Tinkerlab) has launched an IndieGoGo campaign to raise money to produce their catalyst, a collection of items for tinkering. The idea was for the kids to use the items in the catalyst to make a machine that would draw a curved line.

S is going to be five at the end of the month so I felt he was still a little young to build something to accomplish that task, but he was all about digging in and building something. He’s into vehicles so, of course, the first thing he did was figure out how to use the metal bar as an axle to attach the two small “wheels”. 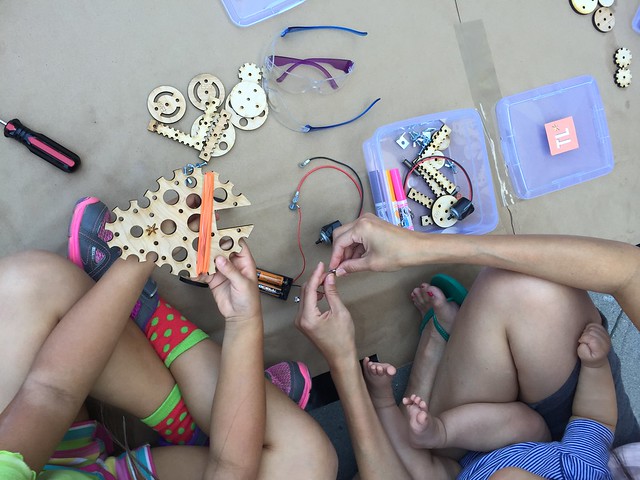 He was also close to figuring out how to attach the markers so they stayed in place and touched the paper. One of the guys from Tinkering Labs helped us figure out how to set up the motor and power it. Given more time, I think S would have built something that could move and I could have helped him figure out how to power it, but he is true to his age and could only stay focused for about 45 minutes.

I was proud of myself that this time I noticed he was getting restless and I didn’t push him (much) to stayed focused. I accepted his need to move and told him to go ahead and run around the plaza for a bit. Given more time to tinker, I’m sure he’ll create some amazing stuff just like he does with Legos. 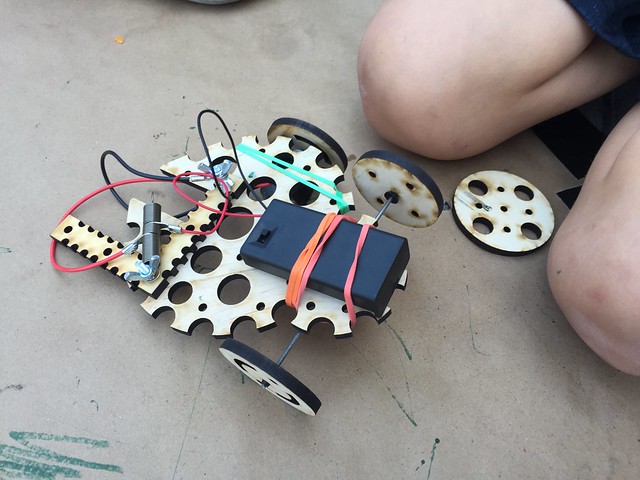 I’m excited to get our catalyst!

(I forgot to take photos. The ones posted here were taken by the Tinkering Labs folks. Click on a pic to go to their Flickr Site.)